About Us | Burnetts Country Gardens

The Burnett family has been operating garden centers and growing plants in eastern Connecticut since the 1970’s. It all began when David Burnett started growing shrubs on his Salem property for use in landscape jobs. His two young sons were pressed into indentured servitude to weed between the rows. Little did young Todd know at the time, but working with plants would become a way of life for him.

In the 1980’s Dave and Cheryl Burnett opened Salem Country Gardens on a piece of wooded land on Route 85 in Salem. Todd helped to survey the land as a young teenager and later he and his brother Scott helped around the garden center as needed. Nobody could have guessed that Salem Country Gardens would soon become the biggest garden center in eastern Connecticut by the mid 1990s. Having built his dream business, Dave sold it in 1998.

In 2012 the garden center was purchased by Todd and his wife Meghan with plans to restore it to it’s former place as a haven for gardeners to flock to. Burnett’s Country Gardens opened in the spring of 2013 and began growing hanging baskets, and many other annuals in addition to the perennials, shrubs and trees brought down from the Canterbury farm.

Burnett’s Country Gardens now offers full service mulching, planting and design services for your home, and our expert staff can help you custom design your planters and deck containers for a full season of beauty at your home. Come in for a visit us! 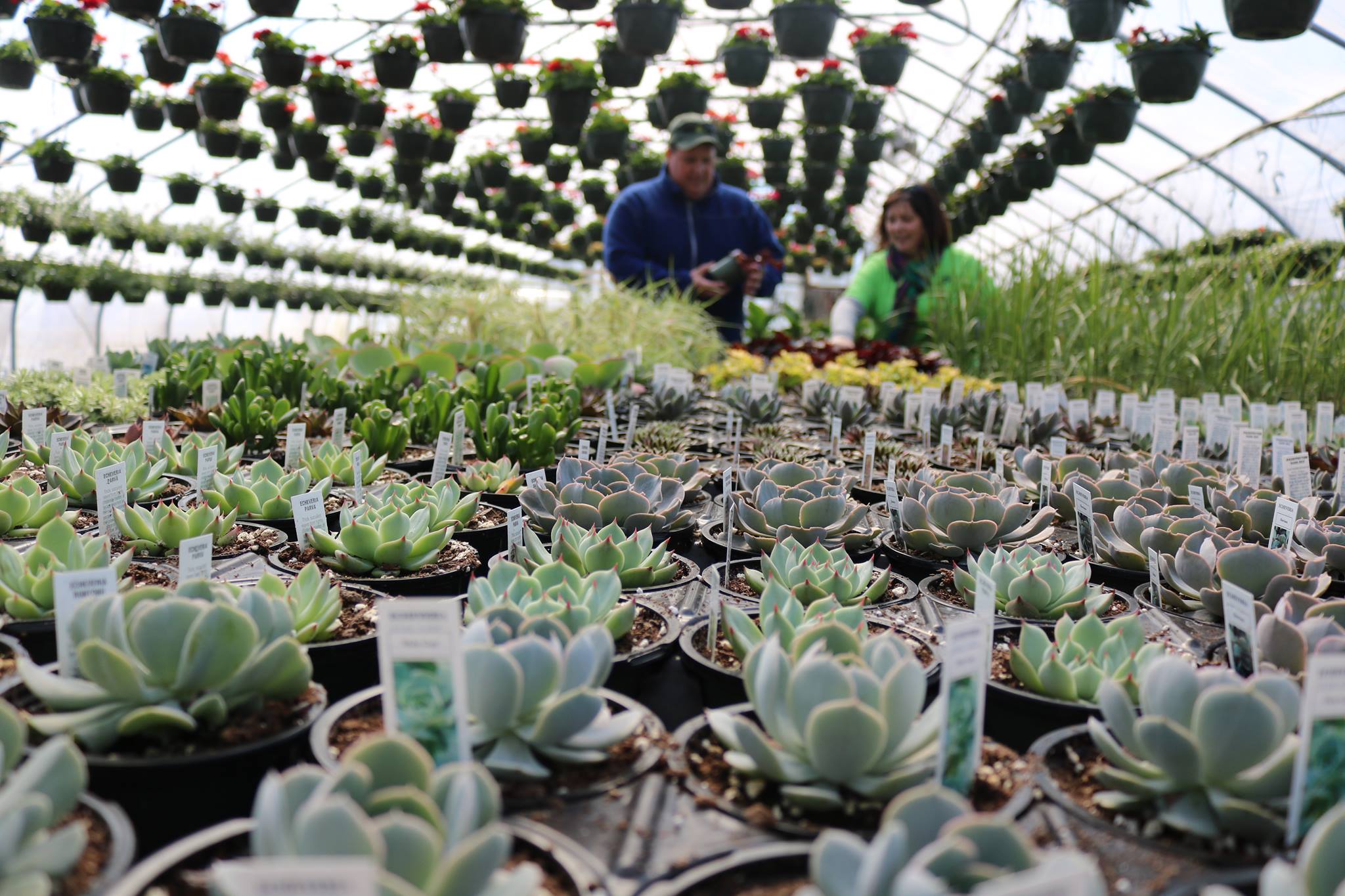